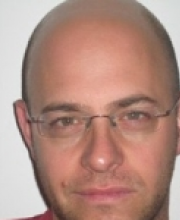 A Post Doctoral Fellow in the Department of Communication and Journalism. His research interests are Israeli cinema and other culture channels, and the way they construct the Israeli narrative and frame the Israeli-Arab conflict. Yuval studies the complex relations between fictional texts and how they represent reality vs. what reality supposedly is about. He studied Psychology and Hebrew Literature for his BA degree; Conflict Research and Hebrew Literature for his MA degree; and his PhD. dissertation – which looks at how Israeli literature of the 1980s represents the Israeli-Arab conflict – was done under the supervision of two instructors, one from Hebrew culture and one from International relations. In the last two years he was a Post-doc Visiting Professor and Visiting Assistant Professor in the University of Maryland.