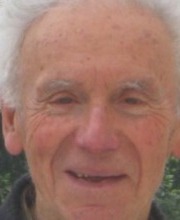 Prof. Yeshayahu Nir began directing documentaries while he was a member of Kibbutz Lehavot Haviva, one of its founders. Until 2000, Professor Nir also directed films as an academic. His films, "Interviews with Intermediate Readings," "The Third Generation," and "Thousand Points of View," were broadcast on Israeli television as well as abroad.

Prof. Nir is recognized in the community of researchers in Israel and abroad as a photography historian in Israel.
In his book "photography - The Bible and the image : the history of in the Holy Land, 1839-1899", Prof. Nir collected and mainly included photographs that were not published until then, and collected information about the photographers who operated in the country in the nineteenth century. The scientific edition of the book was also published in English and won the author the Smilan Prize for Art Books in New York.

In 2009, he presented a new photo exhibition: "The Mountain and the Memorial," which he photographed on the slopes on which the Yad Vashem Museum is built. In 2018, his film "The Refusing Lake to Die: The Photographer's Story" came out.