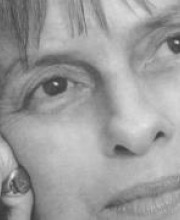 She served as professor of communication at the Hebrew  University of Jerusalem and, between 2001- best known, perhaps, for her research on cultural differences in understandings of ‘Dallas’, the television 2004 and 2006-2009, as chair of the Department. She is  series that achieved almost universal popularity.

At the University, she helped to consolidate the alliance between humanistic and social science approaches to the study of communication. This interdisciplinarity reflects her early career as producer and presenter of children’s programs on Israel’s national radio, her undergraduate training inphilosophy, as well as the humanistic orientation of her family background. Her father translated the Greek classics to Hebrew, her mother was a potter, her brother a professor of kabbala.

She was awarded visiting fellowships at the Universities of Pennsylvania, Illinois, California, and the London School of Economics. She co-authored with Elihu Katz, Menahem Blondheim, Zohar Kampf, David Levin, Amit Pinchevski, Sonia Livingstone, Shoshana Blum-Kulka and others. She served as a public member of the Israel Broadcasting Authority, and her voice was often heard on social and political, as well as on academic issues.

She was a strong, but warm, mentor to many graduate students.

An Article in Tamar Liebes's memory by Prof. Zohar Kampf, has been published in "the seventh eye" (HaAin HaShvi'it): https://www.the7eye.org.il/151648