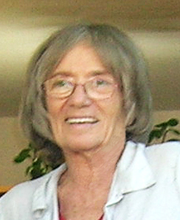 Shoshana Blum-Kulka was one of the pioneers of discourse research in the world, contributed greatly to his formulation as an interdisciplinary and productive field of research, and in her research and educational work promoted the understanding of the use of language as anchored social action in context and as a collaborative and dialogic process of meaning-making. Shoshana was born in the city of Cluj in 1936, fled the Nazi occupation of Hungary on the "Kastner" train, and went to Haifa. She studied for a bachelor's degree in English and Romanian literature at the Hebrew University of Jerusalem, a master's degree in education at Teachers College, Columbia University in New York, and a PhD in Hebrew linguistics at the Hebrew University of Jerusalem.

Shoshana headed the Hebrew Studies Studio at the Hebrew University and then joined the faculty of the Center for Applied Linguistics at the University. In the early 1980s, Shoshana joined the Department of Communications and Journalism and the School of Education at the Hebrew University of Jerusalem, where she served as a full-time professor until her retirement from teaching in 2004. Shoshana was an original and groundbreaking researcher who contributed to designing many new research areas - translation, intercultural communication, societies. Linguistic, pragmatic development, family discourse, peer discourse, political discourse, and media discourse, all of which combined rigorous attention to linguistic and textual phenomena along with sensitivity to the broad contexts in which they are anchored.

Thanks in large part to Shoshana's dedication, determination, and research floor, examining linguistic phenomena is nowadays almost self-evident from every media student's toolbox, and the study of media discourse and language in Israel is a flourishing field.