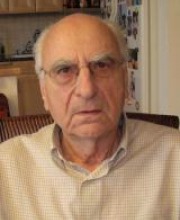 Prof. Rafael Nir's numerous studies of the Hebrew language stand out in their sensitivity to the elusive, dynamic and surprising and yet demanding character of words in their sociolinguistic contexts. The title of the book which was issued by his colleagues in his honor: "The Book of Rafael Nir: media studies, linguistics and language teaching" (Carmel Publishing House, 2000), reflect Nir's vast knowledge about teaching Hebrew as a mother tongue, his contribution to Hebrew lexicography, and his studies of media language, concentrating on mini-texts such as headlines, advertisements and bumper stickers. His textbooks, studies and involvement in promoting the study of Hebrew as a social and a civilian tool, influenced generations of linguists, language researchers and media and communication students.

Anyone who sees language and the world as not only a tool for expression and negotiation, but also a tool, the object of research and way of life, is well acquainted with the sense of omnipotence in the language. This feeling is infinitely in the constant fear of the possibility that the words will disappear, that we will find nothing to say, be silenced, and not by choice.

Prof Rephael Nir's many studies in the field of language research, teaching and the media types in which she makes her charms have always linked the structure of language with the source of her life - the use her speakers use. His articles and books are amazed at the wonder of growth, the same as the language, its flexibility, its freshness and its demand. The title of the book published by his colleagues: "The Book of Raphael Nir: Studies in Communication, Linguistics and Language Teaching" (Carmel Publishing, 2000), indicates both the wealth of the fields he dealt with and the links he could offer between these fields.

Raphi, as Uri told his son when he separated, was an understatement artist. The artist replied with words. It is no coincidence that among the subjects that occupied him in the study of communication were quite a few tiny texts such as advertisement slogans, proverbs, headlines, and bumper stickers; His recent research has dealt with language silence and silence as a speaker. So now, when we ask for words in his memory, we do so in honor of a prolific researcher and a beloved lecturer, who instilled curiosity and affection for the words that are always updated with words for generations of scholars and students, and very intentionally silent in honor of Raphi, who knew the secret of word reduction.

Prof. Nir - Rafi as he was known by his friends, colleagues and many students - was a professor of Hebrew Language, Education and Communication. Along with Prof. Shoshana Blum-Kulka, he joined the department on 1980, when communication studies at the Hebrew University expanded beyond the boundaries of Social Science towards the investigation of language, social interaction and media discourse.

His academic career was devoted to the exploration of semantic and lexical developments in modern Hebrew in general, and to the pragmatic use and rhetorical function of mediated texts, in particular.

He founded the Center for Applied Linguistics at the Hebrew University and the Israeli Association of Applied Linguistics (איל"ש). Prof. Nir was a prolific researcher who published more than 170 articles, books and edited volumes. He retired in 1998, and a year later, an edited volume was published to mark the occasion: “Raphael Nir Jubilee Book: Studies in Communication, Linguistics and Language Teaching” (Jerusalem: Carmel; 2012, Editors: Ora Schwarzwald, Shoshana Blum-Kulka, Elite Olshtain). In the last decade of his life he served as the head of the Curriculum Committee and one of the founders of the School of Communication at Netanya Academic College.