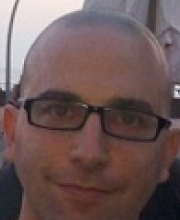 Nahuel Ribke was born in Buenos Aires, Argentina. He grew up in Neuquén, Patagonia, in the south of Argentina and following high school graduation, he moved to Israel. He obtained his PhD from Tel Aviv University in 2010. His doctoral thesis examines the emergence and expansion of the Globo Television Network during the military regime in Brazil (1965-1985) through the analysis of historical, political, economic, cultural and technological aspects of television work. His research interests cover political and cultural processes in Latin American mass media, cultural models and intercultural contact, and mass media history.