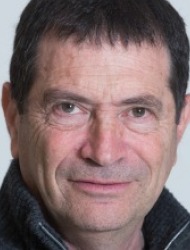 I’m a member of the Department of Communication and Journalism and of the Department of History. As a former entrepreneur and executive in the high-tech industry, as well as a Ph.D. in history, I study the development, performance, and meaning of communication technologies and environments, new and old. My research also explores the role of communication in American history and in Jewish history, as well as the history of media.

I received my BA degree from the Hebrew University, MA and PhD degrees from Harvard University, and have won fellowships from the NEH, Smithsonian Institution, Library of Congress, the University of Pennsylvania’s CAJC, the New York Public Library, as well as a variety of research grants. An Israeli Americanist who admires things Italian, I was a visiting professor at Penn, Columbia, NYU, Ca Foscari in Venice, LUMSA in Rome and Sapienza, also in Rome.

At the Hebrew University I serve as the academic director of undergraduate studies at the Rothberg International School, and as head of the university’s Center for American Studies. I was head of the Harry S. Truman Research Institute for the Advancement of Peace for 6 years, and prior to that served as chair of the Department of Communication and Journalism and the director of the Smart Family Institute of Communications. My public activities included chairing Israel’s new National Library’s Advisory Committee on Digitization, heading the academic committee of the Spielberg Jewish Film Archives, and serving as analyst on American affairs for a bunch of media outlets.