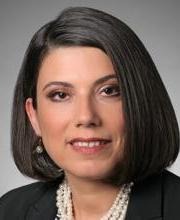 Lilach Nir (Ph.D., University of Pennsylvania) holds a dual appointment as tenured Associate Professor in the Department of Political Science and in the Department of Communication and Journalism at the Hebrew University of Jerusalem. She specializes in public opinion, mass media effects, and comparative political communication. Prof. Nir is a former Fulbright Fellow, has served on the International Communication Association's Executive Board, and as Editor-in-Chief of the International Journal of Public Opinion Research. Her publications include journal articles on public opinion perceptions, cross-national differences in news exposure and effects, and the contribution of political disagreement to opinion quality.