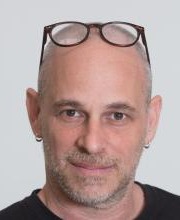 Born in Jerusalem, I studied history and general humanities at Tel Aviv University, while working for the Israel Broadcasting Authority as a presenter and screenplay and radio-play writer, for both the radio and the  children’s television departments. Meanwhile I wrote children’s books, a collection of short stories, and a non-fiction book on contemporary Israeli culture. I completed a Ph.D. in American history at Rutgers, the State University of New Jersey. I have since worked regularly in the Israeli press as a commentator, both in print and broadcast media.

My research interests include political ideology, the influence of American culture on Israel, psychoanalytic theory, and gender and sexuality.