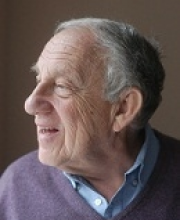 Elihu Katz is a sociologist who has spent most of a lifetime in research on communication. His first book, co-authored in 1955 with his Columbia University mentor, Paul Lazarsfeld, was an attempt to observe the flow of influence at the intersections of mass and interpersonal communication. His subsequent work in this tradition includes studies on the diffusion of medical innovation (with James Coleman and Herbert Menzel), and on the diffusion of fluoridation among American cities (with Robert L. Crain and Donald Rosenthal). He follows the writings of the French social psychologist, Gabriel Tarde, in conceptualizing the public sphere as an arena of interaction among media, conversation, opinion and action.

In the 1960s, Katz began to commute between his initial post at the University of Chicago and the Hebrew University of Jerusalem. He also began his affiliation with the Israel Institute of Applied Social Research, founded by Louis Guttman. His major focus during this period was on the acculturation of new immigrants to Israel as reflected in the reasons that accompanied their interactions with bureaucratic agencies. Working with Brenda Danet, Michael Gurevitch, Tsiyona Peled and others, this NSF-sponsored project led to the development of a generic scheme for the study of persuasive appeals in a variety of institutional frameworks, including prayers addressed to God. Taking time out from his academic positions in Chicago and Jerusalem where he had founded the Hebrew University’s Communications Institute. Katz accepted the invitation of the Government of Israel to head the task force charged with the introduction of television broadcasting in the late 60s. This experience found expression in his subsequent academic work. It led, in the 1970s, to joint work with E.C. Wedell of Manchester University on the introduction of broadcasting in third world countries, and together with Michael Gurevitch, Hanna Adoni, Hadassah Haas and others to assess the impact of twenty years of television (1970-1990) in leisure, culture and communication in Israel. The United States-Israel Bi-National Science Foundation and the Israel National Council on the Arts underwrote these studies. During this period, he also served as consultant on broadcasting research to the BBC. In the mid-70s, inspired by Anwar Sadat’s peace-making initiative, Katz and Daniel Dayan began assembling a library of those live broadcasts of historic occasions that enthralled a whole nation, or the world. Their 1992 book, Media Events, representing some 15 years of collaboration, is now in print in seven languages. Support for this research came from the Markle Foundation and the Annenberg School for Communication at the University of Southern California where Dayan and Katz spent part of each year. Katz subsequently joined the faculty of the Annenberg School at the University of Pennsylvania as Trustee Professor in 1992, and also directed its experimental Scholars program for post-doctoral study. In Jerusalem, he is emeritus professor of sociology and communication, and former director of the Institute of Applied Social Research. Overlapping the work on Media Events, Katz joined Tamar Liebes in a study of another genre of broadcasting, the nighttime soap. Their book on cross-cultural differences in the reception of Dallas is entitled “The Export of Meaning” (1990). An outgrowth of this collaboration is the collection of essays debating the usefulness of “Canonic Texts in Media Research” (2002). Co-edited by Katz, Liebes, John Durham Peters and Avril Orloff, each of its 13 essays argues for (and against) the canonic status of a well-known text.

Katz is winner of the UNESCO-Canada McLuhan Prize, the Burda Prize (in media res), and other distinctions, including honorary degrees from the Universities of Ghent, Montreal, Paris, Rome, Quebec and Haifa. He is an elected member of the American Academy of Arts and Sciences.