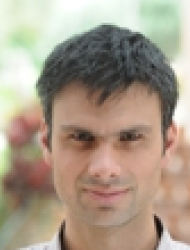 Elie Friedman is a PhD candidate in the Department of Communication and Journalism at the Hebrew University of Jerusalem. His dissertation engages in a discourse analysis focusing on how Israeli leaders present the Israeli-Palestinian conflict in domestic and foreign contexts, changing media environments and political and ideological contexts. In addition, Mr. Friedman's research maps various typologies for the presentation of message gaps within this context. Mr. Friedman also serves as a research associate at the Harry S. Truman Research Institute for the Advancement of Peace and as a Project Manager at the S. Daniel Abraham Center for Strategic Dialogue, Netanya Academic College.

His research interests include discourse of the Israeli-Palestinian conflict, public diplomacy with respect to the conflict, and citizen participation in the conflict discourse. Mr. Friedman's M.A. is in Political Studies (Public Communications Program) at Bar-Ilan University. His thesis engaged in a study of "talkbacks" or reader responses to news items that dealt with the Israeli-Palestinian conflict. His B.A. is from University of Toronto in Philosophy and English literature.