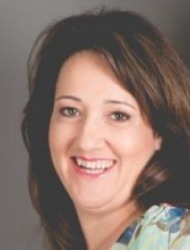 Dr. Dana Markowitz-Elfassi is a Post-Doctoral fellow at the Smart Institute and at the Department of Communication and Journalism at the Hebrew University of Jerusalem. Her research fields involve political communication, political psychology, journalistic practices and gender effects.

This research not only offers a theoretical contribution to the conceptualization and to the measurement of physical attractiveness but also an important practical contribution to politicians and to their image consultants regarding their ability to influence news coverage by improving their physical attractiveness. The research was supported by the Israeli Science Foundation (ISF).

Markowitz-Elfassi's teaching areas are political communication, democracy and media and quantitative research methods. She received her PhD in communication and her Master of Communication degree (Dean's list) from the University of Haifa. Her BA studies in Education and Communication were completed at the Tel-Aviv University.