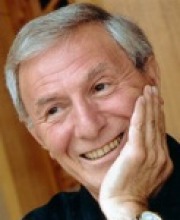 With a long career in documentary filmmaking he has directed more than fifty films for ZDF, ARTE, the BBC, PBS and other broadcasters. His recent docudrama, The First Fagin, about the transportation of convicts to Australia in the nineteenth century, was invited for special feature presentation at the Melbourne International Film Festival in 2013.

His film awards include a Christopher and a Peabody Journalism gold medal. The American Universities Film Association awarded him the George Stoney prize for documentary distinction.

Alan is an author of numerous books on documentary filmmaking of which include, Writing Directing & Producing Documentary, New Challenges for Documentary, Writing Docudrama:Dramatizing Reality for Film & TV, The Documentary Conscience: A casebook in filmmaking.