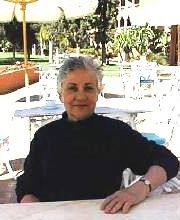 Danet completed her doctoral dissertation at the University of Chicago (1970). Upon her immigration to Israel, she was absorbed in the Israeli Academy and was widely recognized for her early research in Israeli bureaucratic culture. This issue is reflected in her book Pulling Strings: Biculturalism in Israeli Bureaucracy (SUNY, New York, 1989). In her later research, Danet focused on diverse cultural fields, including material culture and socio-historical study of the transition from oral culture to medieval literary culture.


From the 1990s onwards, Danet became a major figure in the cultural research of the Internet and digital culture in Israel and around the world. To this end, she has developed pioneering tools for ethnographic research on the web, using the usual methodologies in socio-linguistics, art history and anthropology. Danet has published a series of studies in this regard. Most notable is her book, Cyberpl @ y (2001London, Berg); And another book he edited with Susan Herring The Multilingual Internet: Language, Communication, and Culture Online (Oxford, 2007).

In addition to her publications, her pioneering activities have been the development of international ventures in the field of Internet research, including a leading journal (Journal of Computer Mediated Communication), the Internet Researchers Association (AoIR), a preliminary team that drafted the Internet Research Ethics Codes (2002), and a leading participation in conferences around the world. All of these have established Brenda Danet as one of the most cited and important scholars in the development of online cultural research from its earliest days to the present.

Prof. Danet was a true pioneer. She was one of the first scholars to identify the internet as a research site, a founding member of the international Association of Internet Researchers (AoIR) and of the first scientific journal dedicated to this field, the Journal of Computer-Mediated Communication (JCMC).

She shaped the tools for online research of human expression while acting as an archeologist of online art and form, culminating her research and summating her theoretical approach in her 2001 book "Cyberpl@y". In the new millennia, she collaborated with prof. Susan Herring in pioneering the research of indigenous and non- English expressivity online, culminated in a special JCMC issue (2003) and an Oxford university Press edited collection, The Multilingual Internet (2007).

Prior to her interest in digital culture, she researched human expression across disciplines engaging with material culture, aesthetics, sociolinguistics, law rhetoric and bureaucracy. The latter was the subject of her dissertation in sociology at Chicago University, a result of collaboration with Prof. Elihu Katz and the subject of her first book 'Pulling Strings' (1989). As faculty of the Dept. of Sociology and Anthropology at the Hebrew University in Jerusalem, she was of the founding pioneers of the Dept. of Communications at the Hebrew University.